2019 – December 2 CANCELLED due to a winter storm warning and and RESCHEDULED to May 18th, 2020 – Program – Ellen Rosenberg presents “Art of Illusion”

2019 – December 2 CANCELLED due to a winter storm warning and and RESCHEDULED to May 18th, 2020 – Program – Ellen Rosenberg presents “Art of Illusion”

"When you become the image of your own imagination, it's the most powerful thing you could ever do."--RuPaul 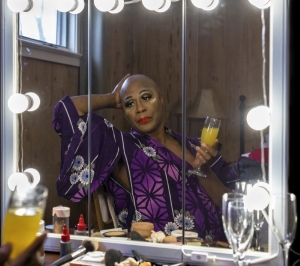 Ellen has been photographing drag queens and kings dressing and performing for over 25 years, first with film, and eventually transitioning to digital photography. She has been granted access to the backrooms of many theaters where performances occur, from local bars to theaters where competitions often occur for Mr/Mrs Pennsylvania, Ms New Hope, and other venues along the East coast down to New Orleans. Ellen is drawn to the transformation that occurs prior to the performance.

The process is mesmerizing. There are many motivations for someone to create a drag persona, emerging as new being, often as numerous as the elements of couture. It is the dressing room, where the lines of gender and sexuality become purposely blurred. Ellen is honored to bear witness to this astonishing personae only a drag queen or king can create.

Her program will be an overview into the wonderful world of transformation and illusion.